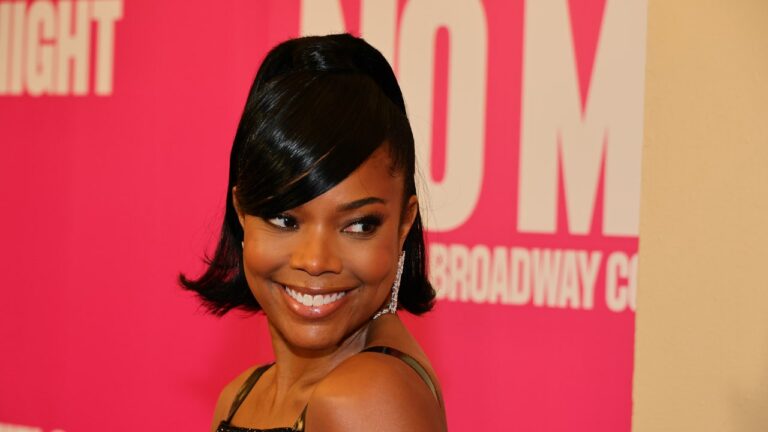 Another day, another murder. Today’s focus is on the Gabrielle Union, who was determined to tug at our wigs a bit with a slicked-back updo, we just can’t explain ourselves. It feels like something we’ve seen before, but at the same time not entirely new. On January 19, Union attended the premiere of Apple TV+’s third season To be honest looks like a dream in a strapless sequin dress with green and purple colors on the bodice paired with the twisted top knot.

At the premiere, it was clear that the textured hair was the star of the show, given Union’s minimal makeup and tiny jewel earrings. The style looks like the flip bun but with more twists and turns pinned to her head for added structure. The tufts of hair sticking out from the bottom of the updo remind us of Tweety Bird’s hair, albeit much thicker. Pardon the excessive bird references, but we can’t help but think of a rooster’s crest — those red, spiky bits sticking out of the head — in the best possible way. In all honesty, if Union wanted to add some clip-in hairpieces in a shade of red or even an emerald green, we’d take the look to the next level.

You’ll want to check out these plus size Halloween beauty tutorials!