Jennifer Lawrence opens up about her infamous pixie haircut era. The actress recently starred in Vogue’s 73 Questions, and when asked if she had any tips for anyone wanting to try the haircut, she had a few things to say.

“First off, that’s mean,” Lawrence said jokingly. “Obviously, my advice is don’t do it. Think everything through.” Lawrence went on to say that she would really appreciate it if someone could add enhancements to pictures of their pixie cut that they come across on the internet. (“Jennifer Lawrence’s pixie cut” has been trending ever since.)

While Lawrence wasn’t personally a fan of the pixie cut when she sported it in 2013, the style is a year-round staple for a reason. Also known as a pixie crop, the haircut has been praised for its versatility. It looks great on all face shapes, and round, heart, and oval faces all lend themselves particularly well to the look. Overall, the cut is usually no longer than three inches, with shorter hair at the back and sides of the head, and slightly longer hair at the front. It’s a chic, low-maintenance style that conveys an effortless “I woke up like this” vibe.

If you’re considering a pixie cut, take inspiration from Lawrence herself, who’s sported several iterations of the style (and looked incredible in all of them, if you ask us). 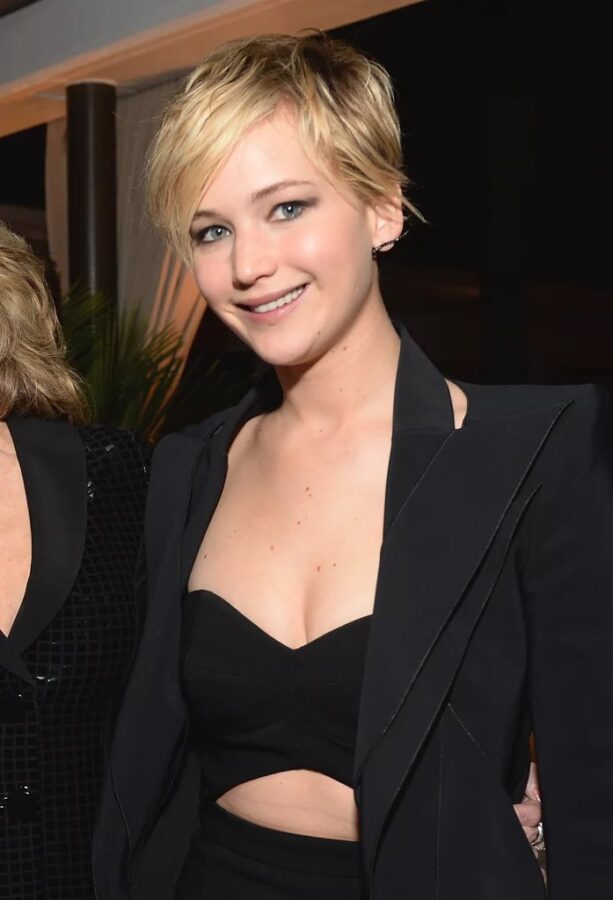 Here’s one of her first moments on the red carpet with her pixie hairstyle. She styled it casual-cool and combed it to the side with texture.

She then went on the Hunger Games: Catching Fire tour where she flaunted her cut in a variety of styles including this tousled look. 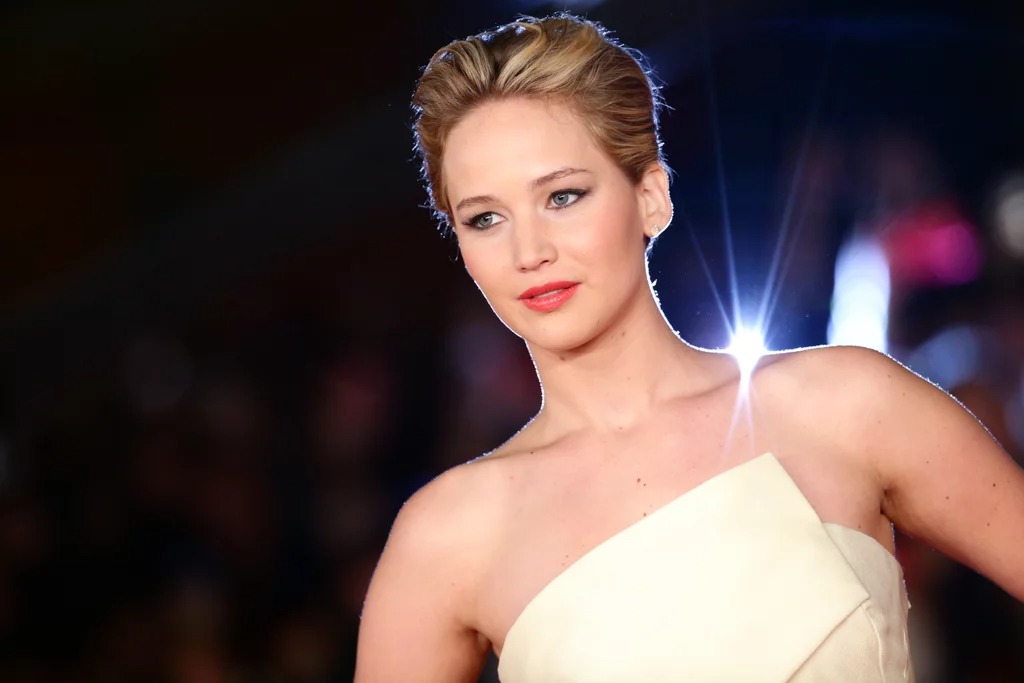 One of our favorite ways Lawrence wore the short style was as she swept it back and let the spotlight fall on her gorgeous features. 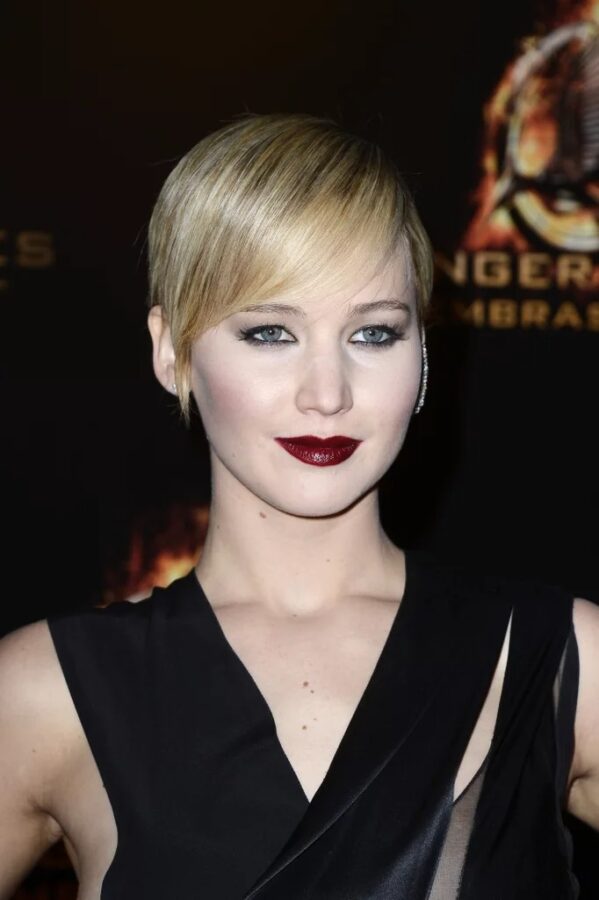 She proved how versatile a crop can be by wearing her hair sleek and sleek. 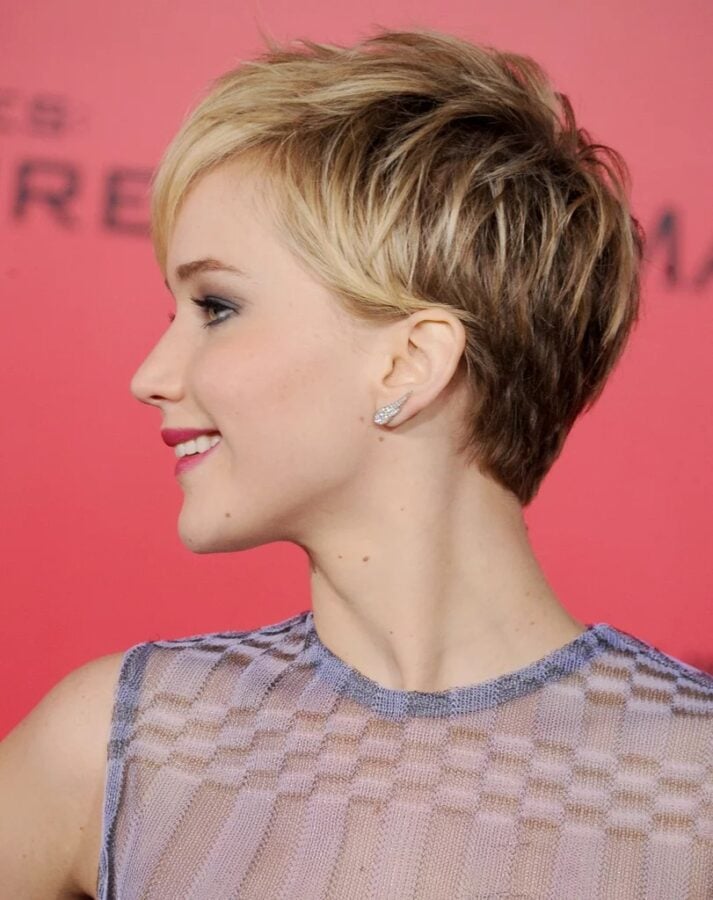 Here she went with a slightly messy bedhead look.

At the Golden Globes, Lawrence’s haircut was still intact and worn in her signature style: long with side bangs that brushed her brows. 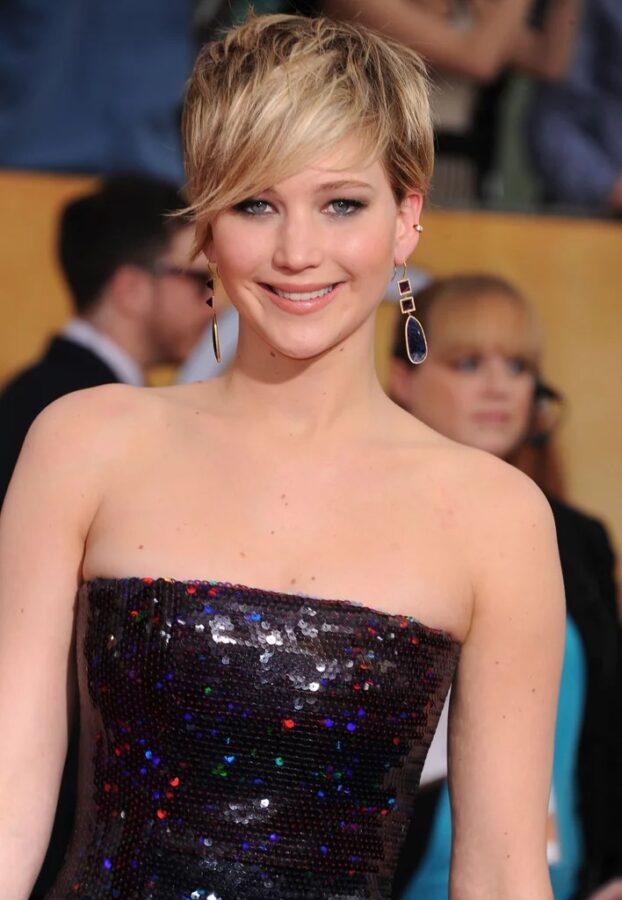 The SAG Awards gave us our first glimpse into the full grown stages of Lawrence’s pixie.

For the Oscars, Lawrence began changing up the cut by growing it out.

Alix Earle’s makeup routine has TikToker in a stranglehold