Happy Hispanic Heritage Month! We wanted to start this fabulous month by highlighting some of the Latinas who inspired us and countless other Latinas growing up. These plus size Latina pioneers have paved the way for so many by breaking outdated beauty standards and following their dreams. We needed to shine a light on some of the PIONEERS of the plus-size game who laid the foundation for plus-size fashion as we know it today…

Seeing someone who looks like you and does something you never thought possible is truly inspiring and life changing. Many of us wouldn’t be where we are today if it weren’t for these Bellezas!

It shows how powerful representation is and why we must continue to push for diversity in the fashion industry!

Here are 14 Latinas Plus-Size Pioneers You Should Know!

This model that became CEO Belleza is originally from San Francisco de Macoris, Dominican Republic. In 2008, shortly after signing with a modeling agency, she scored a 6-page spread in Ebony magazine.

In 2015 she became the face of clothing brand Maggie London. She founded the Rebdolls brand in 2014 to offer fashionable, trendy clothing in sizes from Small to 5X.

Denise Bidot laid the foundation for so many fashions con curvas today! The stunning half Puerto Rican made history in 2014 by becoming the first plus-size model to walk not just one, but multiple catwalks during New York Fashion Week.

She continues to be one of the most recognizable faces in plus-size fashion. Not only that, she also recently released a commercial for Oil of Olay! Talk about representation!

Virgie is an author and a fat activist. Her knowledge and expertise have made her one of the nation’s leading experts and educators on weight-based discrimination and body image.

In 2018 she was named one of Bitch Magazine’s 50 Most Influential Feminists. She speaks openly about the harms of food culture and has written several books on the subject.

Marcy Guevara has many roles: producer, presenter, famous fashion stylist, business owner and influencer! She co-owns The Plus Bus, a second-hand clothing store in Los Angeles.

Anastasia Garcia is a photographer and body positive activist. She uses her photography skills to combat fat phobia in fashion.

Anastasia’s photography has been featured in magazines such as Elle, Marie Claire and Cosmopolitan. She recently launched a viral hashtag, #MyQuarentineBodyto take a stand against hurtful memes about weight gain during the pandemic.

Lorna Baez is an OG in the plus-size fashion world, and rightly so! La Hermosa Latina has graced many catwalks including Baby Phat, DaDa, Lady Enyce.

In 2012, Lorna starred in the reality docuseries Curvy Girls. The show ran for two seasons and focused on the lives of popular plus women in the fashion industry.

Fluvia is probably one of the most well-known plus-size models, period! The Brazilian model walked catwalks, graced magazine covers and shot ad campaigns for plus-size brands like Torrid and got phone calls “the plus-size Gisele Bundchen.”

This Latina has a signature elegant feminine style and has proven that moms have outstanding style!

The daughter of immigrants from the Dominican Republic, Christina Mendez has appeared in Glamour, Latina, Cosmopolitan, Essence and many others.

She is one of the first plus size Latina models to serve as a featured model for brands such as Baby Phat, Apple Bottoms, Ashley Stewart, Rocawear and Dereon.

In 2016, Mendez was voted Model of the Year by Full Figured Fashion Week.

Ashley Nell Tipton is a fashion designer who brings bold and playful designs to life for a plus size client base.

In 2012 she showed at the Full Figured Fashion Week in New York. From then on, Tipton continued to compete and won the 14th season of Project Catwalk.

She was a busy bee! From patterns to plus size jewelry to her own collection with JCPenney, Ashley has built. In November 2017 she relaunched her clothing line!

Rosie Mercado is an American plus-size model, celebrity makeup artist, fashion designer, and television personality. The Mexican inspiration was named by in 2019 people in Spain as one of the 25 Most Powerful Latinas! Talk about GOALS!

You can keep up to date with Rosie on her Girl With Self Esteem Issues podcast and keep an eye out for her upcoming book, both of which are out this fall!

Jennifer Barreto Leyva is far more than a plus-size model. She is also an accomplished lawyer, writer and activist!

Leyva is the first Latina to compete in Miss Universe Plus Size.

Madeline is a talented producer, speaker and editor-in-chief of PLUS Model Magazine. A true trailblazer, Madeline has helped countless mujeres con curvas achieve their dream of working in fashion by giving plus women a platform to shine.

She continues to create myriad occasions and events to celebrate the fuller sculpted form.

PLUS Model Magazine is a publication celebrating the plus size fashion and modeling industry. PMM has been running since 2006 and continues to be a respected media source in the plus-size world! 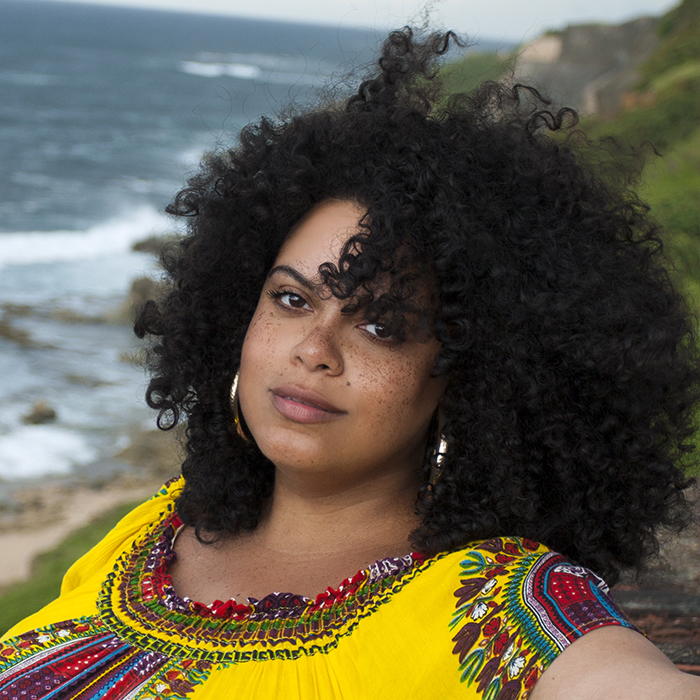 Nikki Gomez began her career in plus-size fashion in 2004 as a print model.

Alongside modeling, Nikki discovered her passion for photography, using her knowledge of the plus-size fashion industry and her camera skills to help others shine.

In 2011, Nikki starred on the show Big Sexy, a reality show about the lives of plus-size models on TLC. Today she works as a consultant for models and agencies.

These Latina plus-size pioneers on this list are all diverse and inspiring in their own unique ways, and we can’t imagine plus-size fashion without them. Their work and contributions have only added to what we know and how we experience plus size fashion and the community that supports them.

There is currently a new wave of Latinx influencers and models, like Taylee De Castro and model and TikTok star Denise Mercedes, who are at the forefront of plus-size fashion.

This gives us hope that the plus-size fashion industry will only continue to expand because representation is a beautiful thing.

Our Latinas know we’re easily stereotyped and pigeonholed, but these ladies are prime examples that you can be anything you dream of las Latinas son fuertes y poderosas. <3